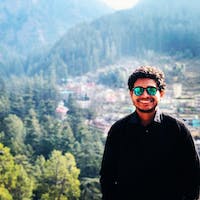 This is a multipart blog article series, and in this series I am going to explain you the concepts of operating system. This article series is divided into multiple modules and this is the second module which consists of 11 articles.

In this article we will try to understand about “shortest job first” CPU scheduling in an operating system with the help of a question. But before that let’s get a little bit idea about SJF.

Before solving question, it is good to know the following points.

All the process got completely executed. Now we will complete the table, but for it you need to know some formulas.

So, the final table obtained will be.

So, this was all about Shortest Job First (SJF). Hope you like it and learned something new from it.

If you have any doubt, question, queries related to this topic or just want to share something with me, then please feel free to contact me.